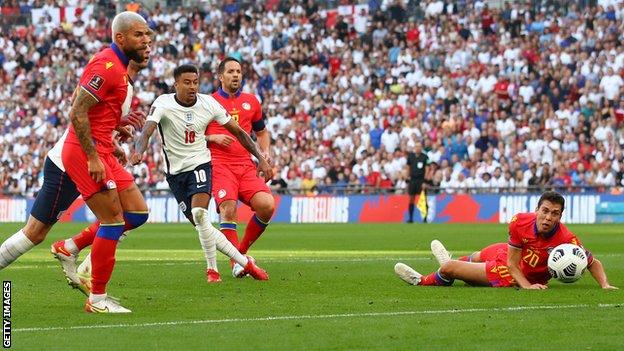 England secured a predictably comfortable win over Andorra at Wembley as the smooth path to next year’s World Cup in Qatar continued with a fifth successive victory in their qualifying group.

Manager Gareth Southgate made 11 changes from the side that won 4-0 in Hungary in readiness for arguably the toughest test in European Group I, in Poland on Wednesday.

Leeds United striker Patrick Bamford was given a debut but was unable to find the net in the usual one-sided contest against Andorra, although their damage limitation exercise was relatively successful until the last 20 minutes.

Jesse Lingard gave England the lead with a left-foot finish after 18 minutes but it then took then until the 72nd minute to double their advantage when Harry Kane, on as substitute for Bamford, scored his 40th goal for his country from the penalty spot after Christian Garcia fouled Mason Mount.

Andorra, inevitably, tired and Lingard got his second and England’s third with a low shot that the evaded the grasp of Andorra keeper Josep Gomes.

And in a moment greeted with real joy around Wembley, Arsenal’s Bukayo Saka, whose last Wembley experience was missing the decisive penalty in England’s Euro 2020 Final loss to Italy, celebrated his 20th birthday by scoring with a neat header five minutes from time.

England’s performances, both individual and as a team, must all be shaped by the context of an Andorran opposition that currently nestles neatly between New Caledonia and the Dominican Republic in 156th place in the current Fifa rankings.

What is surely beyond dispute, however, is that England have a genuine rising star in their ranks in Borussia Dortmund’s 18-year-old Jude Bellingham.

The youngster who emerged at Birmingham City before following England team-mate and new Manchester United signing Jadon Sancho to Dortmund carries the hallmark of quality in everything he does.

And while this opposition may be low in the rankings, it should also be noted that Bellingham has also looked as extraordinarily composed and at home in an England shirt in pretty much every international he has played.

One early moment of sleight of foot had the Wembley crowd on their feet in appreciation and he subsequently cruised around looking unflustered and a cut above everyone else on the pitch until he was removed from the action by Southgate.

Bellingham has been earmarked as a youngster destined for an outstanding career as soon as he came to prominence at Birmingham and he has done nothing since to change the widely-held view that England have a performer of the very highest stature on their hands.

Rate players out of 10 throughout or after the game. The rater will close 30 minutes after the final whistle.

Rating range key1 = Give it up10 = Pure perfection